Gasification is a technological process that can convert any carbonaceous (carbon-based) raw material such as coal into fuel gas, also known as synthesis gas (syngas for short). Gasification occurs in a gasifier, generally a high temperature/pressure vessel where oxygen (or air) and steam are directly contacted with the coal or other feed material causing a series of chemical reactions to occur that convert the feed to syngas and ash/slag (mineral residues). Syngas is so called because of its history as an intermediate in the production of synthetic natural gas. Composed primarily of the colorless, odorless, highly flammable gases carbon monoxide (CO) and hydrogen (H2), syngas has a variety of uses. The syngas can be further converted (or shifted) to nothing but hydrogen and carbon dioxide (CO2) by adding steam and reacting over a catalyst in a water-gas-shift reactor. When hydrogen is burned, it creates nothing but heat and water, resulting in the ability to create electricity with no carbon dioxide in the exhaust gases. Furthermore, hydrogen made from coal or other solid fuels can be used to refine oil, or to make products such as ammonia and fertilizer. More importantly, hydrogen enriched syngas can be used to make gasoline and diesel fuel. Polygeneration plants that produce multiple products are uniquely possible with gasification technologies. Carbon dioxide can be efficiently captured from syngas, preventing its greenhouse gas emission to the atmosphere and enabling its utilization (such as for Enhanced Oil Recovery) or safe storage.

Gasification offers an alternative to more established ways of converting feedstocks like coal, biomass, and some waste streams into electricity and other useful products. The advantages of gasification in specific applications and conditions, particularly in clean generation of electricity from coal, may make it an increasingly important part of the world's energy and industrial markets. The stable price and abundant supply of coal throughout the world makes it the main feedstock option for gasification technologies going forward. The technology's placement markets with respect to many techno-economic and political factors, including costs, reliability, availability and maintainability (RAM), environmental considerations, efficiency, feedstock and product flexibility, national energy security, public and government perception and policy, and infrastructure will determine whether or not gasification realizes its full market potential.

MSE Technology is manufactured entrained flow gasfier up to 1400°C according to the customer's demand. 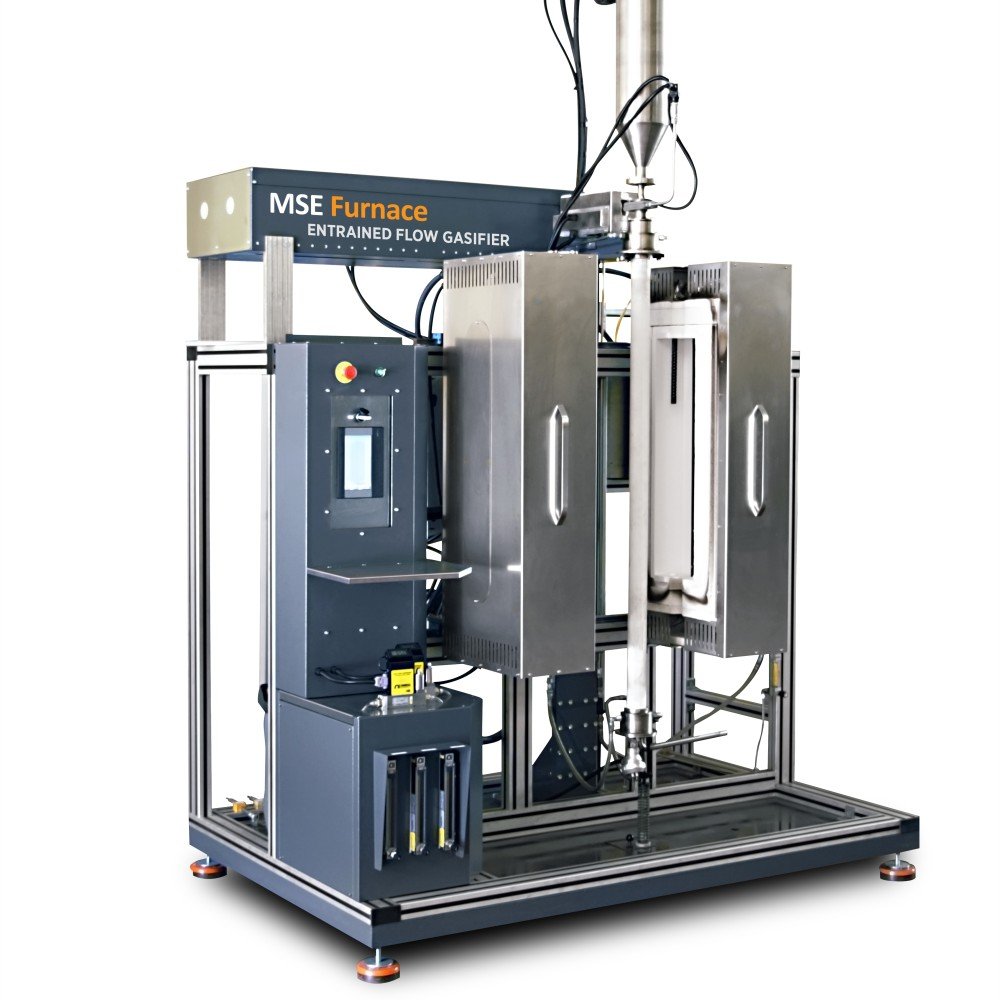